Connan Mockasin : « I was just lying down before this interview » 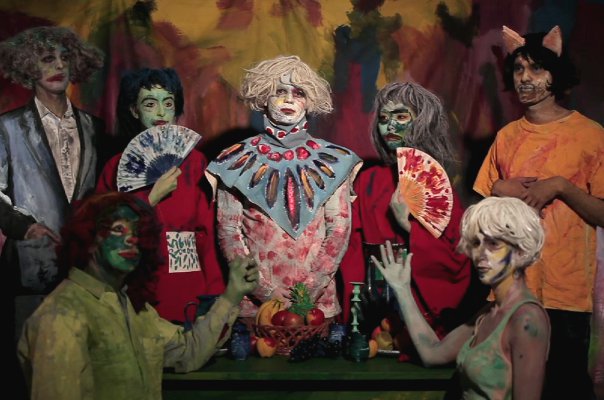 We were lucky enough to meet our favourite artist from the Festival GéNéRiQ, author of the already cult « Forever Dolphin Love ». Besides, since we were lost in the disturbingly huge corridors of the Grand Théâtre of Dijon, Connan Mockasin’s interview almost started without us. It took place in one of the dressing rooms in that wonderful building, before his concert but after his nap. We asked him loads of questions about his paintings, his meet up with Erol Alkan, his new projects and his haircut.

How do you feel about that mini tour with the festival GéNéRiQ ?
I feel pretty good about it. We started yesterday it was in a very amazing temple, very high. I had never played in something like that. It was really different. It seems like a different kind of festival than the regular ones since it’s only four days, which is a shame. Could be a bit longer though It’s really nice.

How come someone from New Zealand come and settle in England ? Why ?
It’s a good question. Hum, not for the weather or lifestyle ! For me it was just because people didn’t really like my music here so much, it’s was a bit narrow minded.

How come you get to be signed on Erol Alkan’s label Phantasy ?
I didn’t like the way the industry worked in England so, quite a few years ago i went home and my mum said i should make a record and i did. But i wasn’t playing it until Erol discovered it and wanted to release it. I trusted him, i liked him as a person.

Erol Alkan’s sound is more dancefloor, made for clubs, yours is far away from this…
Yes, i’m confused as well, i don’t know why… It’s really odd.

You used to be in a band, why did you get rid of everybody ?
I’ve got a band now, but i know what you’re talking about. It was a band where i couldn’t do what i wanted. If i felt like changing they didn’t want to but when  i’m on my own i can do whatever i like. It’s more healthy for me.

But in live, you do need actual musicians to play with you. Is that important to you ?
Yes, it is.

In your music, visuals are very important as well, can we expect some videos or anything like that tonight ?
I’m really like the group of people i’m with at the moment. They’re different friends, from different bands and we get along very well together. So when i’m doing some shows they come and play :  they like dressing up and not taking it seriously. So we’ve got a bag of clothes and we dress up fun and stuff. I’ve been helping with the visuals for the videos on the album, but i just leave it to whoever’s directing, it’s not really my thing.

You drew the cover for your album, you’re a painter as well ?
Yes the cover is a painting. I had another cover before that but i had to change it because apparently it was racist. So i made a puppet and painted it. So yes i do some painting and i’d like to do it more if i get more time.

Do you think it’s all connected ?  Could you have the visuals without the music or the other way around ?
I did the music first so i guess it doesn’t need the visuals. But sometimes i do go off a visual thing but not for this really.

I’ve read that you recorded the album all in one take…
I recorded it from the start to the end, mostly by myself so i wrote and recorded it as it went rather than getting songs in an order, and putting them in an order after. I wanted it to feel like a record, coming a flow of what I was thinking in my head at the time.

Pretty surprising to make such a short album,  why didn’t you just made an EP ?
Only because i wanted to make an album.

Do you get to choose who remixes your tracks ? Or is it Erol Alkan’s choice ?
I guess i can choose or ask people but i’m not really into the remix world. Sometimes Erol’s very involved with remixes. I’ve had people asking me to remix but i’ve never really done that before. I’m doing one for The Horrors at the moment and a few other people. So that’s new and i don’t really know what i’m doing but then again, i had never done an album before this one. I think it’s quite fun when you don’t know what you’re doing ; just have an idea and start with it rather than knowing too much.

Have you started to work on the new album yet or are you just focusing on remixes and live shows ?
No i’m not focusing on remixes, but i’ve just finished a record with my friend who’s playing with me tonight, Sam Dust from Late Of The Pier. The album’s called Soft Hair and that’s nearly finished.  We share a hotel room each night so we produce things at night because we don’t realy have much time to do it otherwise. So it’s been quite fun. After the show tonight, we’ll go back to the room (laughs). I’m going to do another record of my own next year.

Have you ever heard of Cascadeur, the guy playing after you tonight ?
Only recently because my manager’s sister is playing this really old instrument (les Ondes Martenot), so i’ve heard about it the last couple of days, it was a nice surprise.

Like him, would you be willing to play your album live with a symphonic orchestra ?
Hum… no. I mean i like orchestras. There’s no particuliar  reason, i think i’m a bit bored of the record so i wouldn’t want to re-do the whole thing again. I didn’t make it for anyone to listen to, i just made it because my mom told me and i’m really surprised that anyone else would listen to it.

Did you know anything about Dijon before coming here tonight  ?
No. I knew it was old (laughs). Sorry, i feel really embarassed. I just heard it was pretty and old. Is there anything i should know about Dijon ?

The mustard maybe, the architecture, the gastronomie, the museums…
I guess you find that all around Europe, it’s very different from home.

You said that your album was much more appreciated by the french audience than the english one, was it the way with your paintings, since you made two exhibitions this year, one in Paris and one in London.
I didn’t do the exhibitions because i ran out of time, so i’ll be doing them next year. French people are so different, they seem to be less worried by what you’re supposed to be or what you’re supposed to like. If they like something they don’t wait for someone else to tell them. I think England is in a bit of a weird way at the moment, they’ve been doing such boring stuff for a while, but it will probably change again.

One more silly question, how do you get the « out of bed » look all the time with your hair ?
(laughs) I guess just lots of sleeping, It’s true, i was just lying down before this interview. 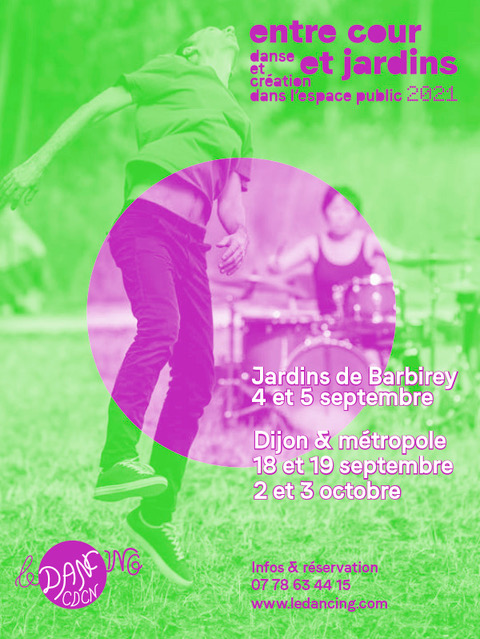